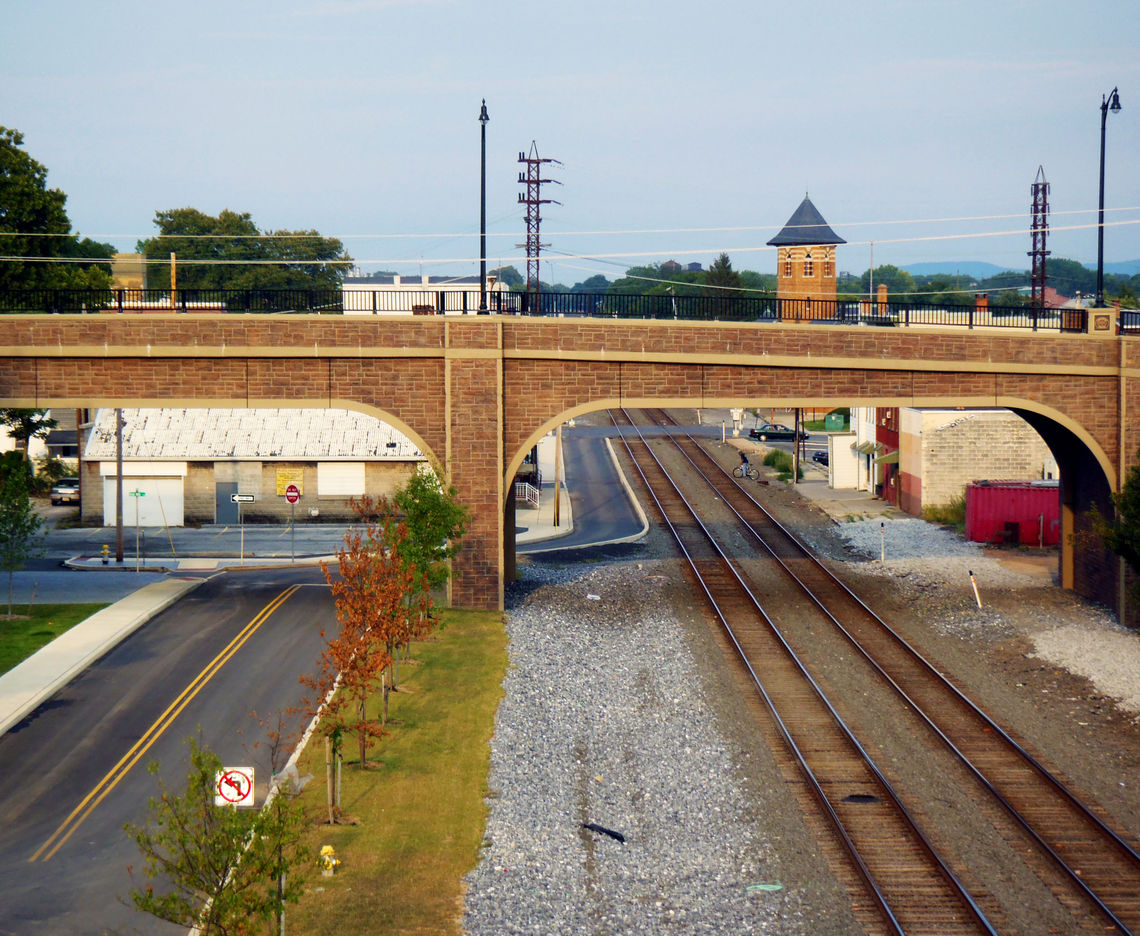 PennDOT sought to resolve safety issues from 40 to 60 daily trains crossing the streets at grade. Not only causing direct conflict with motorists, bicyclists, and pedestrians, the trains severely inhibited connecting emergency services to victims’ locations and to medical facilities. With only one hospital with emergency room services within city limits located on the south sides of the tracks, this disconnect could be life-threatening when the trains sometimes stopped for breakdowns or track clearance—cutting the city in half.

McCormick Taylor’s Cultural Resources Group conducted Phase I, II, and III Archaeological Investigations, Historic Structures Surveys, Determinations of Effect, public involvement, mitigation, and consulting party consultation. The archaeological investigations recorded six historic archaeological sites and located graveshafts in the backyards of residences where the former Zion Lutheran Cemetery was located in the 19th century. McCormick Taylor worked with the city, the church associated with the former cemetery, PennDOT, and FHWA to move the graves in a respectful manner to the cemetery where they were thought to have been relocated over 120 years ago. Mitigation included recordation of historic districts, salvage of architectural building features, and publication of a history of the community in coordination with the Lebanon County Historical Society.

Additionally, the structures reduce train noise because a whistle is no longer required at the 9th Street and 10th Street crossings. Air quality is also improved by reducing the queues of idling vehicles waiting for trains to clear.

Because the Community Design Task Force conceived the bridge design, the City of Lebanon accepted ownership of the bridges. These new bridges generated civic pride and improved public safety, economic development, and quality of life for citizens.