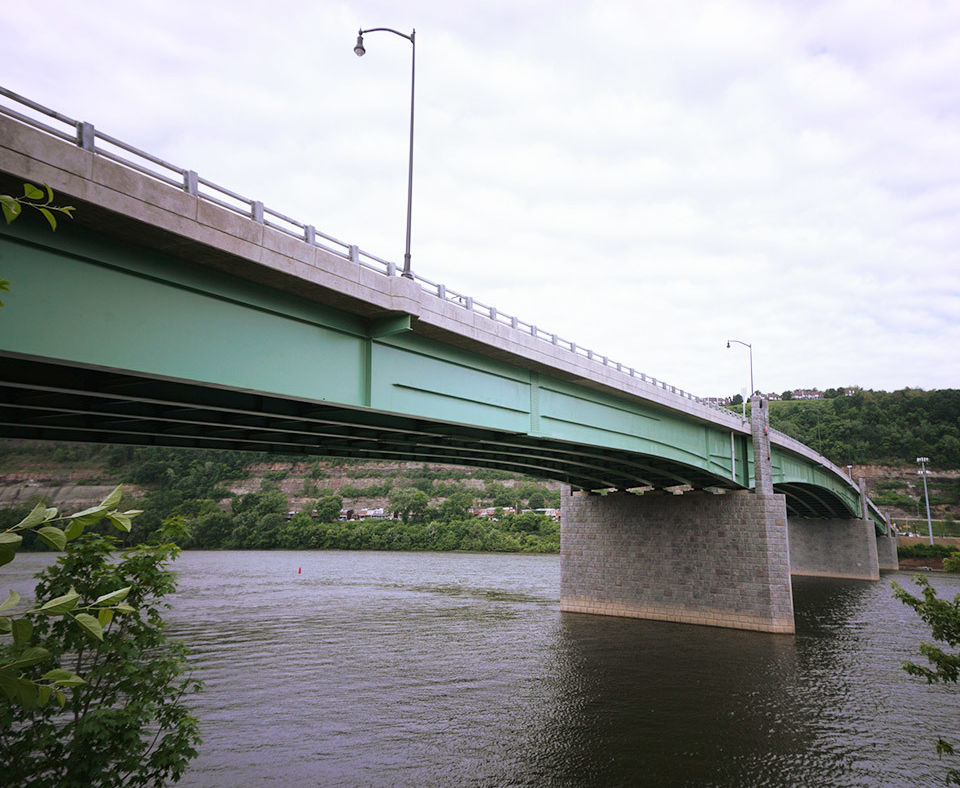 Located in the Pittsburgh suburb of Oakmont, the original century-old Jonathan Hulton Bridge provided key access between Oakmont Borough and Harmar Township across the Allegheny River in Pennsylvania and to major transportation connections in the Allegheny Valley. In the early 1990s, it received a much needed renovation, but over time the deteriorating structure failed to handle increasing usage and modern traffic demands. In 2009, PennDOT announced plans for the design of a new replacement bridge, which would be constructed adjacent to the original structure. In anticipation of the 2016 U.S. Open tournament hosted at the Oakmont Country Club, the timing of design and construction was paramount in order to accommodate the nearly 300,000 visitors expected to the area.

The project team accelerated schedules to meet PennDOT’s six-year timeline. Final design was completed in 2013, and the new $65 million Hulton Bridge was officially opened to the public during a ribbon-cutting ceremony on October 20, 2015. The new four-lane structure doubles the capacity of its predecessor, which was imploded and sent into the Allegheny River on January 26, 2016. All lanes of the new Hulton Bridge were completed just in time for the U.S. Open.