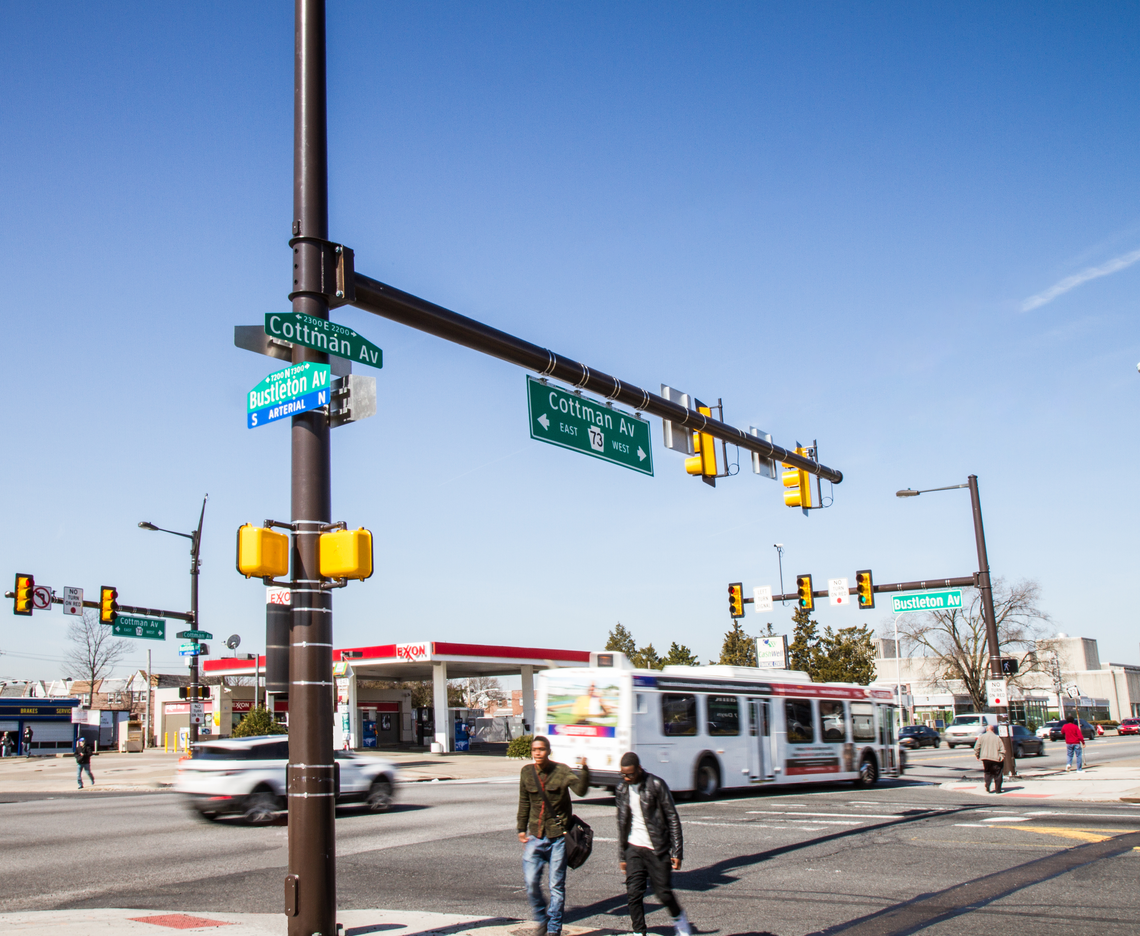 The City of Philadelphia was awarded a federal TIGER III grant to install transit signal priority and upgrade the signal equipment on two corridors in the city, one of which is the Bustleton Avenue
corridor. McCormick Taylor completed the design for 31 signals on
Bustleton Avenue from Frankford Avenue to Benton Street.

The purpose of this project was to modernize traffic signal equipment and install transit signal priority along the corridor because the outdated existing traffic signal hardware limited the ability to manage traffic during peak periods and contributed to delays in transit.

The City also wanted to upgrade the inadequate traffic management due to the
lack of intelligent transportation systems and improve the obsolete and nonstandard Americans with Disabilities Act (ADA) compliant pedestrian facilities.

Because funding was provided through the Federal TIGER III grant system, this project required a fast-tracked schedule and coordination with PennDOT, the City of Philadelphia, and FHWA for review and approvals. Detailed coordination with each of the affected utility companies was necessary to obtain utility  clearance. This coordination included providing traffic signal equipment details, modifications to the signal construction plans, and adding notes to the plan sheets. The Green Street infrastructure upgrades at Unruh Avenue required coordination with PennDOT, the Philadelphia Water Department Office of Watersheds, and the Pennsylvania Department of Environmental Protection.