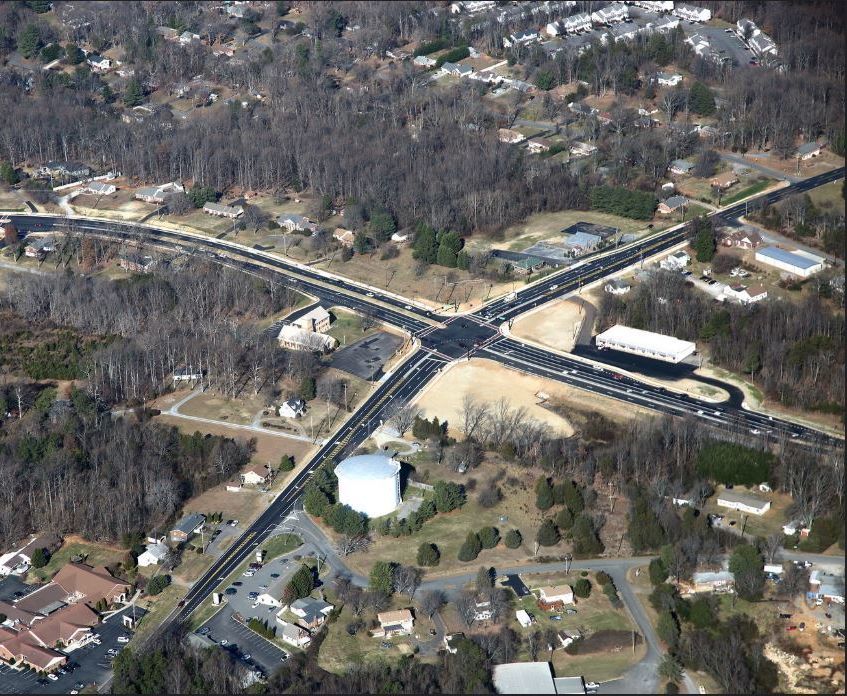 McCormick Taylor was tasked with creating the plan for managing the flow of traffic for this project to widen the existing Greenview Drive from two to four lanes.

The Greenview Drive and Leesville Road intersection experienced high traffic volumes and significant queuing in its existing condition. With this being a design-build project, it was important to provide a Management of Traffic Plan/Transportation Management Plan (MOT/TMP) that not only had minimal impact on traffic conditions, but also gave the contractor the appropriate phasing to expedite the project's schedule as much as possible.

The original plan was to shut down the intersection completely, but McCormick Taylor’s design only required the closure of two legs of the intersection and allowed them to be done separately. This shortened the length of the intersection closure time, which further reduced the impact and inconvenience to the motoring public. This change still maintained the schedule goals of the contractor and VDOT. The revision to the MOT/TMP plan created the need for an additional detour, but the two resulting separate detours each carried less traffic volume, allowing McCormick Taylor to reduce the impact to the surrounding roadways during construction.

The Greenview Drive MOT/TMP was a critical component to the success of the Greenview Drive Design-Build project. Upon its completion, the growing city of Lynchburg will be able to rapidly accommodate its vehicular capacity while increasing sight distances thanks to the improved MOT/TMP Plans.