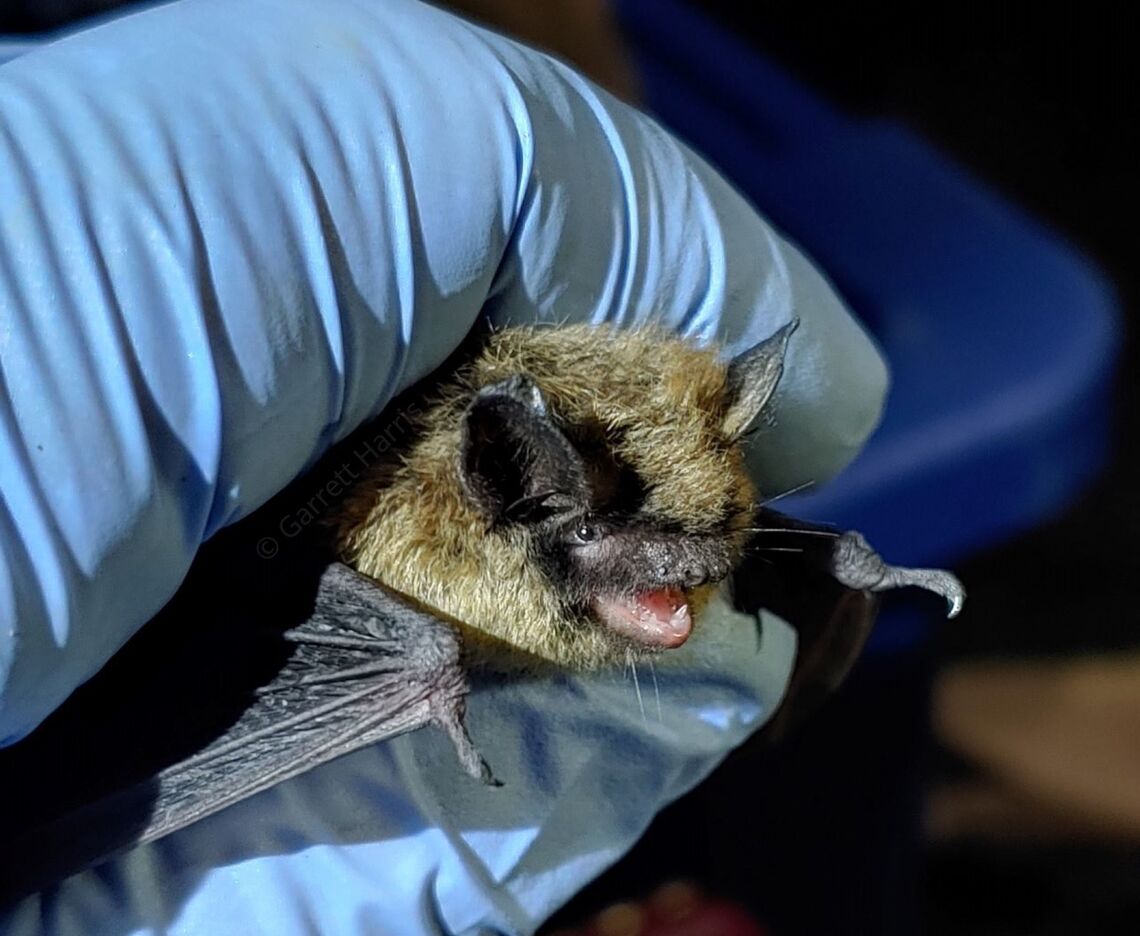 We sat down with Garrett Harris, QBS, an Environmental Scientist III and Associate Wildlife Biologist® in our Harrisburg office, to talk about his passion for wildlife and some of the certifications and education he’s obtained to qualify him to work with different species.

McCormick Taylor’s commitment to the environment encompasses wildlife species, especially threatened or endangered species and ecosystems. Through surveys, monitoring, relocation, and wildlife assessments, our staff works hard every day to mitigate unavoidable impacts transportation and energy projects can have on these habitats to preserve the environment and keep our clients in compliance with local, state, and federal regulations.

How long have you been interested in wildlife? What sparked that passion for you?

I’ve always been interested in wildlife and nature. My father is a trained biologist, so I grew up accompanying him on hunting and fishing trips, as well as on many of the outdoor outings he was attending. Prior to college, I spent a lot of my time hunting, fishing, and working with and watching wildlife. I also had two college professors who really inspired me and made me want to become a wildlife biologist.

Can you tell us a little bit about your educational background when it comes to wildlife?

I received my bachelor's degree from Penn State University, majoring in Environmental Studies/Biology. I worked with all sorts of vertebrates including fish, amphibians, reptiles, small mammals, and birds. Some of my research was even presented at a national conference. I continued my education at Shippensburg University where I received my MS in Biology with a focus on bat ecology. There I performed research on the abundance and diversity of northeastern bat species within Pennsylvania. In addition to my research, I was also able to volunteer countless hours with state and federal agencies towards their bat monitoring efforts. Currently, I am involved with facilitating educational programs throughout the state of Pennsylvania focused on ecology and conservation of Pennsylvania bat species, and I am also an advising member on several thesis committees focused on mammalian research.

You recently became a Qualified Bat Surveyor. Why did you decide to pursue this certification?

With my educational background and interests, I’ve always enjoyed hanging around various types of field biologists. I first started working with bats on a project documenting the presence/absence of rare, threatened, and/or endangered (RTE) species within suitable summer habitats. The experience of catching and learning about these species encouraged me to further work professionally with bats. My interests, along with my educational background and field experience, resulted in being recognized by the Pennsylvania Game Commission as a Qualified Bat Surveyor (QBS) in Pennsylvania. I am also qualified to survey bats in West Virginia. In addition, I am currently submitting for my federal recovery permit through the U.S. Fish and Wildlife Service to expand my eligibility to another 20+ states.

What is the most interesting experience you have had while working with bats?

I was involved with an Indiana bat (federally endangered) migration monitoring project with the Pennsylvania Game Commission, where they were monitoring maternity colonies and their migration patterns to determine where the bats were hibernating. One adult female Indiana bat (Myotis sodalis) that I identified, banded, and affixed a transmitter to was observed in a Kentucky cave four months later, a linear distance of 418 miles. This is the longest known migration ever recorded of the Indiana bat in a single season.

What type of threats do bats face? How can bats be affected by transportation and energy projects?

Across the United States, bats species are in decline. They face many different threats ranging from disease, loss of habitat, and wind turbines. Bats have many natural predators such as cats, snakes, skunks, owls, and raccoons, but one of the current major threats, White-nose Syndrome (WNS), is a fatal disease that spreads in cave-dwelling bat colonies. WNS is named for the white fungus that appears on the muzzle and wings of affected bats while they are hibernating during the winter. The fungus causes bats to wake from hibernation more frequently. This burns up their limited fat reserves, leading to possible starvation and death before spring arrives.

Bats can also be killed by wind turbines as they are moving to hibernacula or migrating, as well as while they are foraging in habitats near turbines. Bats can die from being hit by blades and also by barotrauma, which is essentially the bursting of bat lungs from the reduction in air pressure as wind turbines spin. As a result of these threats, the majority of the bat species in the northeast are listed as threatened, endangered, and/or species of concern.

I have a fairly broad wildlife working experience, including but not limited to amphibians, reptiles, as well as small through large mammals. As of recent, my focus has been on turtles, woodrats, and other Pennsylvania small mammal species. Beyond bat surveys, McCormick Taylor offers a variety of services such as wildlife biological inventory surveys, habitat assessments for various taxa, presence/absence surveys for RTE species, and habitat management, creation, and monitoring. Additionally, we are currently working with the Pennsylvania Turnpike Commission on pollinator habitat pilot sites.