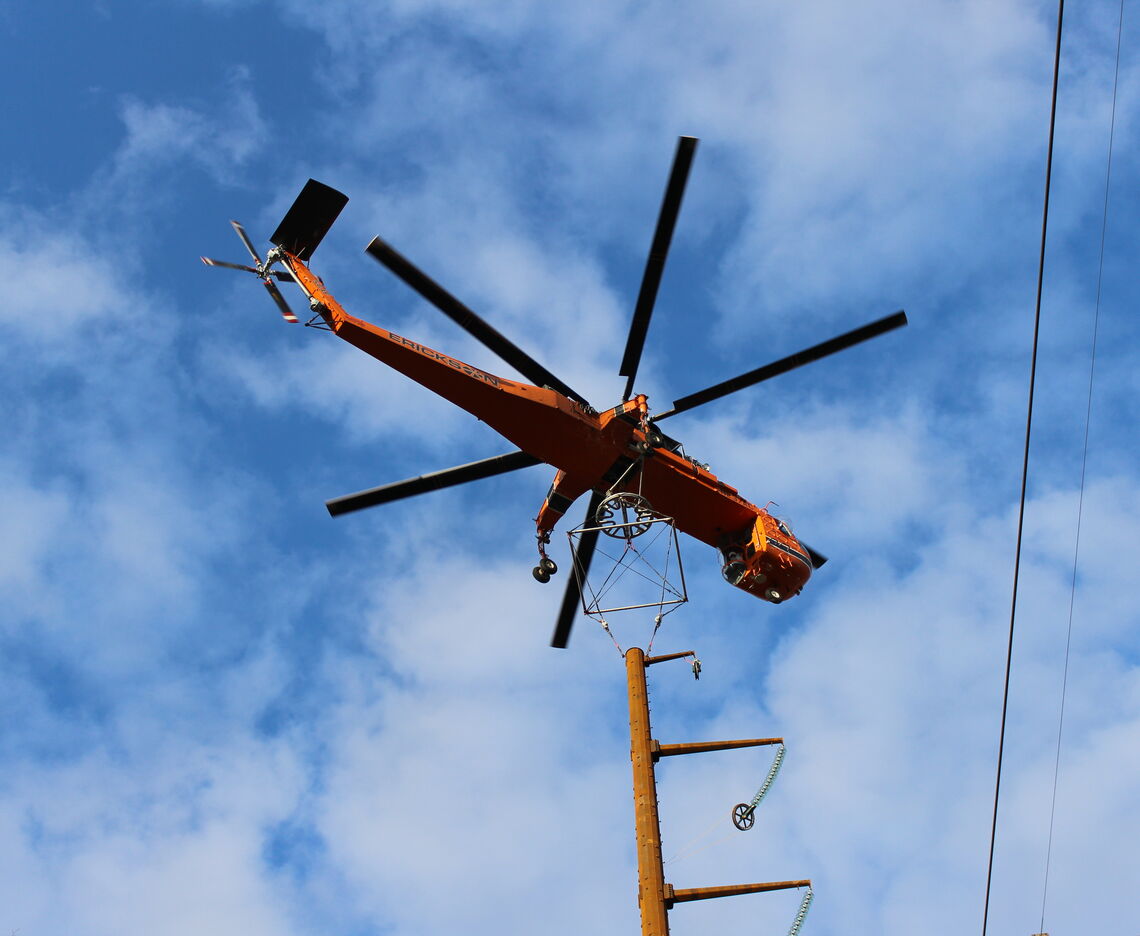 This project involved reconstructing an approximately 64-mile line that spans Delaware within an existing transmission right-of-way between the DPL Red Lion Substation in New Castle County and the Milford Substation in Milford.

Because the project was in a historic district and within known cultural resource areas, Delmarva Power and Light Company (DPL) and McCormick Taylor consulted with the Delaware State Historic Preservation Office (DE SHPO) as part of the consultation efforts that were required under Section 106 of the National Historic Preservation Act. It was determined that the pole heights would be a concern due to the potential visual effect of the project in the Historic District.

In addition, known rare, threatened, and endangered species and State-identified habitat protection areas were located within the project rights-of-way. Numerous active bald eagle and osprey nests were located on the existing structures, requiring coordination with the state and federal agencies, and specialized project scheduling around time-of-year restrictions, nest relocation, and platform construction.

McCormick Taylor was involved in the project for its entire development process. In 2012, we were first tasked with the initial resource assessment studies when the project was originally proposed as one complete project from Red Lion to Milford. McCormick Taylor provided support to DPL as its Environmental Consultant from this point until project completion in Fall 2018.

Our consistent and ongoing involvement was a key resource for the team, as we were able to utilize our background and understanding as the project progressed through all the steps in the development process. McCormick Taylor was also extensively involved during construction in our role as an Environmental Compliance Monitor on behalf of DPL. We acted as the “eyes and ears” for DPL in the field during construction to ensure the commitments and permits made during the project planning process were successfully implemented during construction.

Cultural Resource coordination was also required as this project was located in a Historic District and within known cultural resource areas. Through consultation with the DE SHPO and the design team, the pole designs were modified to reduce the pole height in this area. This reduced height resulted in an increased number of structures than what was original planned.

In addition to minimizing the visual impact by reducing pole heights, DPL was required to use temporary construction matting in areas of known cultural resources to minimize impact to them during construction. The areas were demarcated with orange construction fencing and protected with composite matting, similar to what is required for access through regulated wetlands. Additionally, during the course of the project, a Megalodon Tooth was found onsite and required coordination with the Delaware Historic Preservation Office.

While the Red Lion to Milford 230 kV Transmission Line Rebuild was not a new project design or type, it was a major infrastructure project in Delaware that advanced a positive public image of engineering excellence. Partnerships with the local community for the design and construction of the project were critical for its success. Because the successful design, permitting, and construction of the project was important for maintaining the relationship between DPL and its customers in the local community, the McCormick Taylor team focused on the project’s local resource and community impacts throughout its design and construction, and we supported DPL from start to finish on this project.