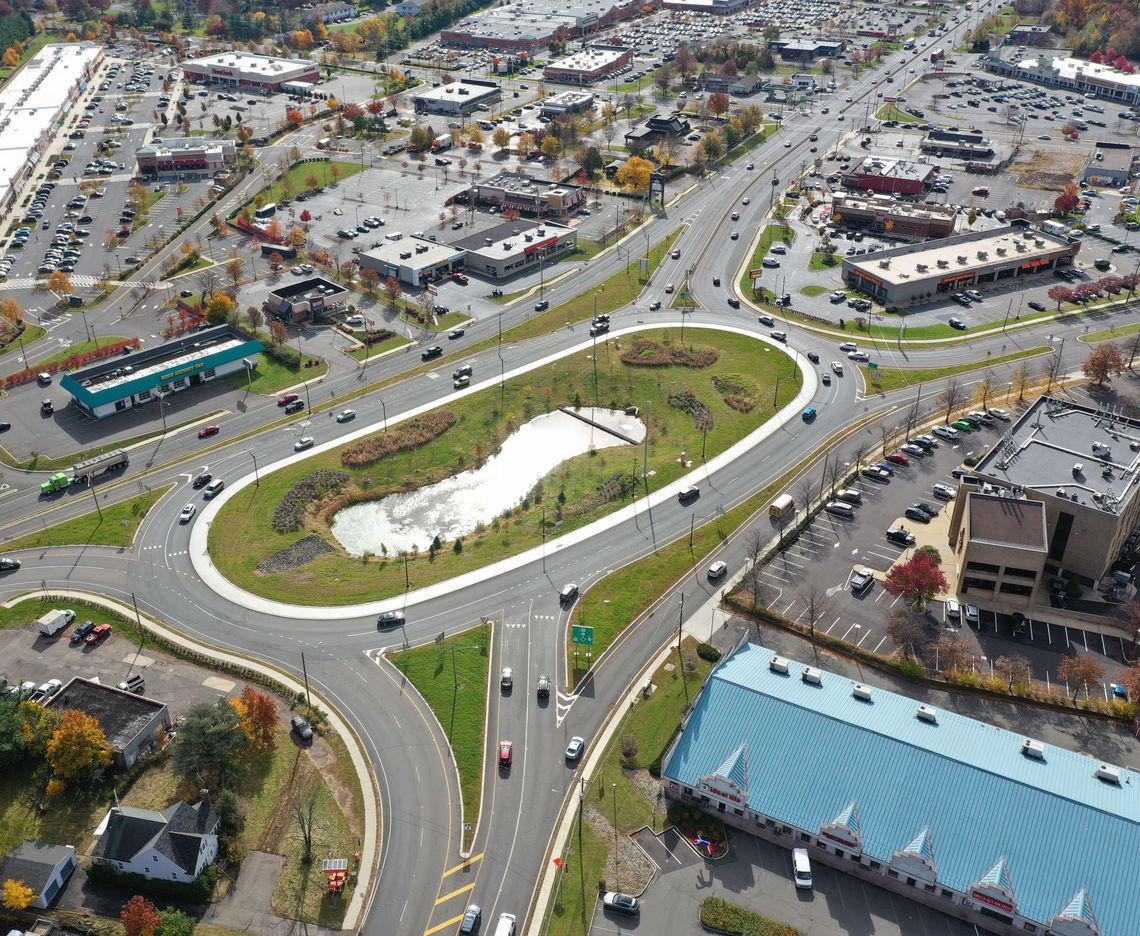 McCormick Taylor developed a safety and operational improvement aimed at reducing vehicular conflicts and driver confusion in and approaching the Flemington Circle, which had an extensive crash history.

The Route 31 Flemington Circle in Hunterdon County, NJ had an extensive crash history and operational issues due to excessive traffic volumes, high travel speeds, lack of striping and pavement markings, and numerous commercial driveways located along the circle. In 2007, the Flemington Circle ranked seventh in terms of highest crash frequency among all state highway intersections. In recent years, approximately 100 crashes per year were reported within the circle or along its approaches, 80 percent of which were same direction-rear end or same direction-sideswipe crashes.

To help alleviate these issues, McCormick Taylor developed a safety and operational improvement aimed at reducing vehicular conflicts and driver confusion in and approaching the circle.

Traffic circle redesign included the addition of bypass lanes for Route 202 northbound traffic to separate this high-volume traffic movement from the rest of the circle. A bypass lane was also designed for the Route 31 southbound movement to Route 12. The geometry of the circle approaches was redesigned to provide deflection and reduce travel speeds entering the circle, and yield signs and pavement markings were added to the Route 202/31 northbound approach.

Roundabout signing and pavement markings were also implemented within the circle and on the circle approaches. The adjacent Route 202/31 and Reaville Avenue signalized intersection was upgraded to include new traffic signal equipment, crosswalks, ADA-compatible curb ramps, video detection, and pedestrian countdown signal heads and pushbuttons.

The newly reconstructed Flemington Circle improves safety at a location that was plagued by a history of crashes. The new Route 202 northbound bypass lanes separate commercial driveway traffic and through movements from the interior of the circle, thereby reducing weaving conflicts and sideswipe crashes. Improved signing and pavement markings reduces driver confusion, and improved deflections on the circle approaches reduce travel speeds entering the circle.