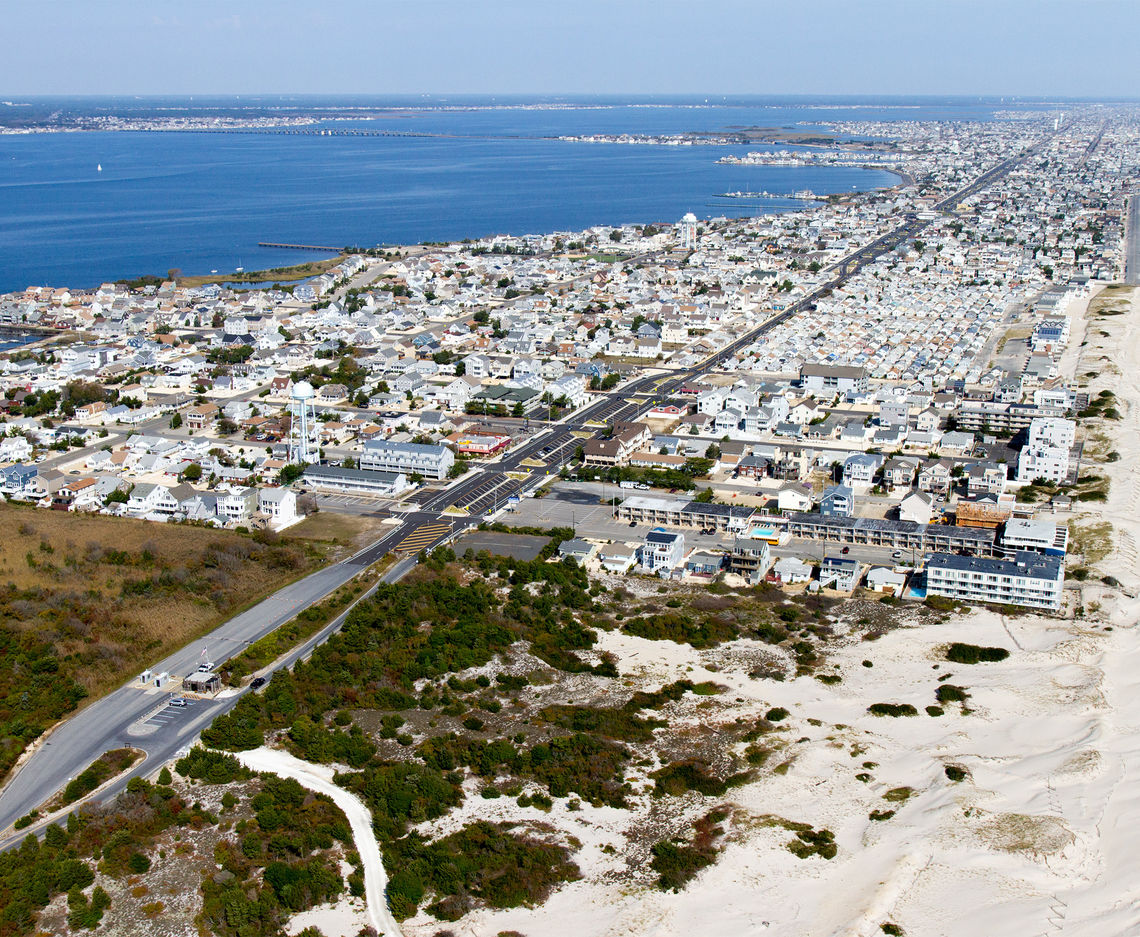 Following the destruction from Hurricane Sandy, the complete reconstruction of this roadway was New Jersey’s top priority. McCormick Taylor was challenged to fast-track this project and overcome drainage and utility challenges to restore safety to the vital corridor and provide a transportation solution that will last for generations.

The reconstruction of Route 35 from mileposts 0-4 was a complex effort to address drainage and pavement failures through Berkeley, Seaside Park, Seaside Heights, and Toms River in New Jersey. In the wake of Hurricane Sandy in October 2012, the complete reconstruction of the roadway became the state’s top priority, leading to an expanded scope of work and compressed schedule calling for the spring 2013 construction start.

A smaller project to rehabilitate Route 35 had been planned by NJDOT, but the damage caused by the storm resulted in an accelerated design schedule—decreased from two years to three months—and expanded scope of work to restore safe travel on the vital roadway. Route 35 serves as an emergency evacuation route and is key to accessing the region’s shore points. The project at mileposts 0-4 addressed the southernmost region, stretching from Berkeley to Toms River along the New Jersey coast. It also included improvements to the Route 35 interchange with Route 37. The project encompassed drainage improvements, the reconstruction of travel lanes, roadway shoulders, enhanced crosswalks, ADA-compliant ramps, utility work, and sidewalks.

McCormick Taylor provided a final design solution for the complete reconstruction of mileposts 0-4, as well as environmental permitting and stormwater management.

McCormick Taylor and NJDOT worked closely with local officials to develop the proposed improvements, taking into account travel speeds, pedestrian safety, parking, and the needs of the community to develop transportation solutions along the heavily traveled corridor. Route 35 is located in a shore community with shared use of the roadway between motorists, pedestrians, and bicyclists.

The project team was successful in accomplishing a remarkable amount of work in a short timeframe. The drainage system is improved, with underground pump stations that efficiently lift stormwater from the drainage system, designed to handle 25-year storms. The roadway is safer and better prepared to manage future hurricanes and evacuations, with the addition of sidewalks and bicycle lanes where few existed before.

The reconstructed route features Complete Streets applications to enhance safety and provide pedestrian and bike access to and along the road. Upgrades include sidewalks, ADA-compliant ramps, crosswalks designed to be more visible, and bicycle-compatible shoulders. Whereas the typical design life of pavement is roughly 30 years, the entire existing pavement was removed and replaced with an asphalt pavement that will have a design life of 50 years.