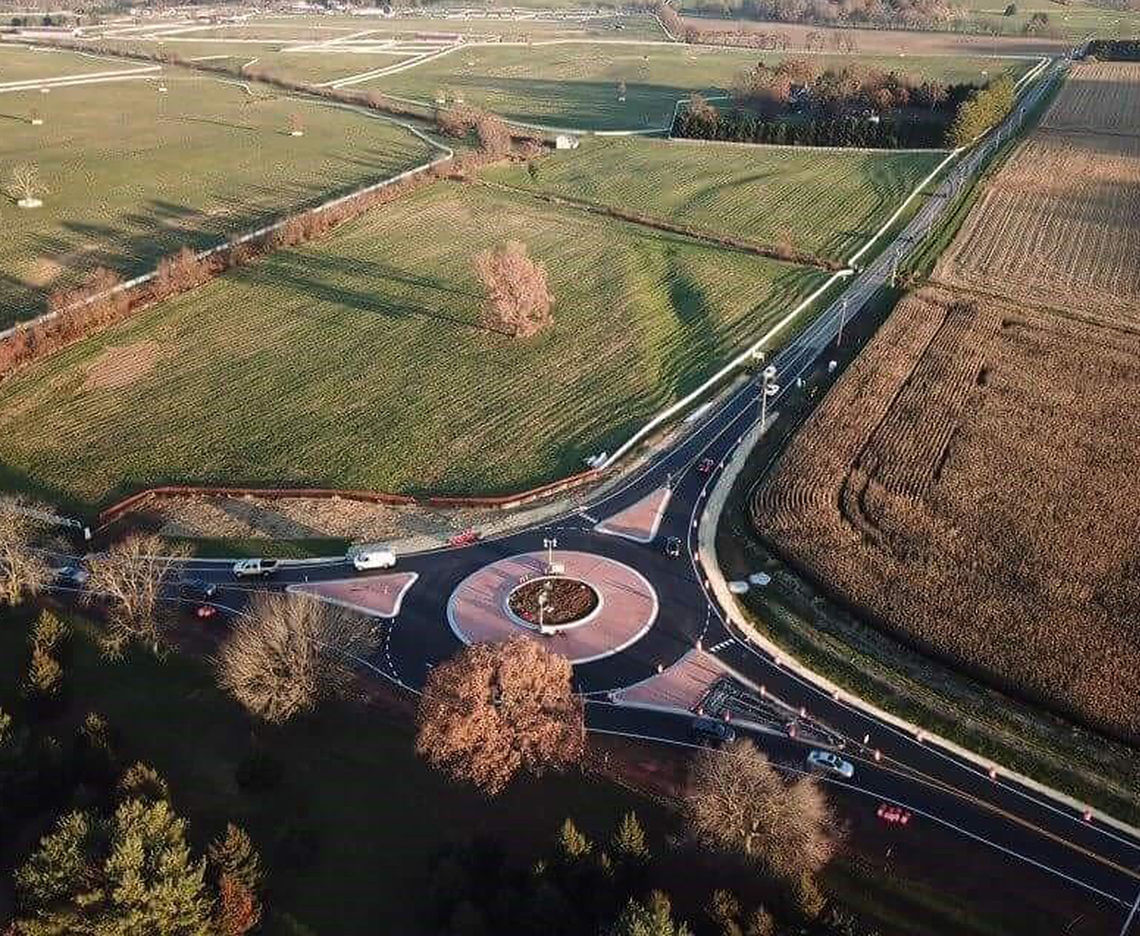 McCormick Taylor collaborated with the Valleys Planning Council and adjacent property owners in order to improve safety and the daily congestion that occurred at the Tufton Avenue, Worthington Avenue, and Greenspring Avenue intersection.

Residents of northern Baltimore County were concerned for years about the safety and traffic flow at the intersection of Tufton, Greenspring, and Worthington Avenues in Reisterstown. The busy intersection is used by approximately 33,000 vehicles per day—with 15,000 from Tufton Avenue, 11,000 from Greenspring Avenue, and 7,000 from Worthington Avenue. During rush hours, it became difficult and dangerous to make left turns, and increasing speeds on the roads made the intersection unsafe for all users. The principal goal of the Tufton Roundabout project was to alleviate the congestion that occurred at the three-way intersection on a daily basis, as well as improve the intersection with changes that fit into the rural surroundings aesthetically and help calm traffic. Numerous options for improvements were studied, and the Valley Planning Council (VPC) recommended a modified one-lane roundabout that would provide benefits such as improved flow, safer travel, and less impervious surface.

McCormick Taylor, as design consultant to Baltimore County’s Department of Public Works, collaborated with the Valleys Planning Council and adjacent property owners in order to improve safety and the daily congestion that occurred at the Tufton Avenue, Worthington Avenue, and Greenspring Avenue intersection. The design of this project included reconstruction of the existing horizontal alignment of Greenspring Avenue/Worthington Avenue to accommodate the new roundabout.

It took a collaborative effort from Baltimore County, McCormick Taylor, and the community to accomplish the goal of making this intersection safer and improving the flow of traffic while preserving the character of the surrounding community. Two years in the planning, the traffic improvement is already easing a well-known choke point, making life at rush hour a little easier for thousands of drivers. Baltimore County has received positive feedback from the users of this road system after the construction of the roundabout. Because wider lanes are provided at the approaches and at the roundabout, and the traffic moving through the roundabout moves at a slower speed, this intersection is safer for all modes of transportation.