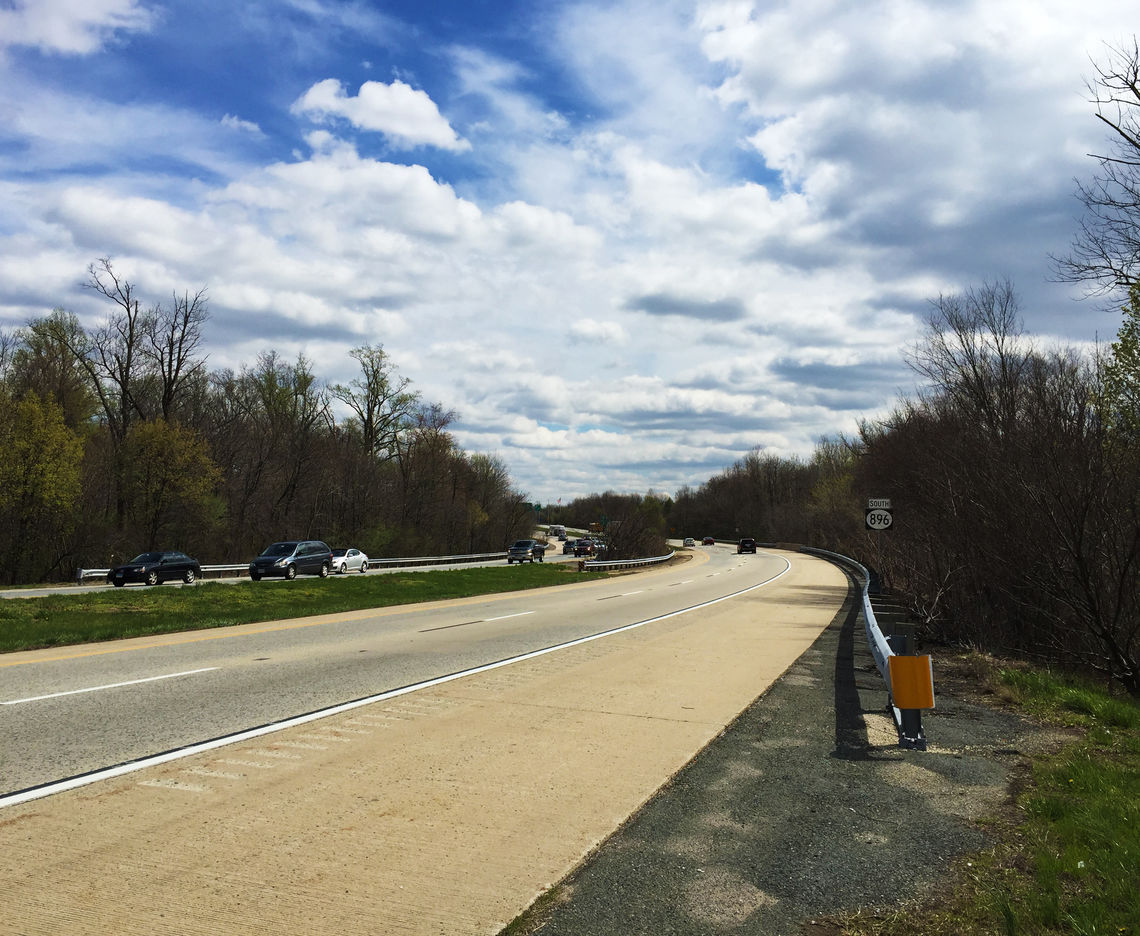 McCormick Taylor was responsible for the environmental analyses, permitting and documentation, highway design, and planning efforts for safety and operational improvements at this intersection.

The U.S. 40/S.R. 896 Interchange is an at-grade intersection that experienced very high traffic volumes and delays throughout the day. The purpose of this project was to develop and construct a grade-separated interchange that would accommodate projected traffic volumes through the design year of 2040.

McCormick Taylor was responsible for the environmental analyses, permitting and documentation, highway design, and planning efforts of this project. Numerous natural and cultural resources were identified in the project area as part of our preliminary research.

Located north of U.S. 40 and east of S.R. 896, this County-owned park is open to the public and consists of trails, a dog park, tennis courts, basketball courts, and other amenities. Any impact to Glasgow Park required consultation with FHWA to satisfy NEPA and Section 4(f) requirements, SHPO for Section 106, as well as DNREC and New Castle County.

Listed on the National Register of Historic Places, this resource is located north of U.S. 40 west of S.R. 896. Originally established in 1701 by Welsh settlers, this site was occupied by British forces during the American Revolution. Any impact to, or taking of lands from, the Aiken’s Tavern Historic District required extensive coordination with various State and Federal regulatory agencies, including FHWA and SHPO.

The project is currently in the preliminary data gathering/project scoping process. Once the necessary information has been gatherered, the NEPA process will begin and alternatives will be developed.